Born in Ohio as the son of European immigrants, Gary Kah has been interested in world affairs since he was a young boy. His parents came to America in the 1950â€™s, but some of his relatives still live in Germany and Croatia.Gary and his wife, A... 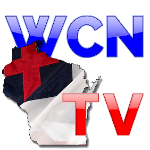 Born in Ohio as the son of European immigrants, Gary Kah has been interested in world affairs since he was a young boy. His parents came to America in the 1950â€™s, but some of his relatives still live in Germany and Croatia.

Gary and his wife, Audrey, have been married for 36 years and live with their four children near Indianapolis, Indiana. For many years the family worshiped at the Church At The Crossing, where Gary and Audrey worked in various youth and music ministries. After moving to their current location the Kah family joined Harbour Shores Church, where they are now actively involved.

In his â€œspareâ€ time, Gary enjoys working out, playing the violin, and spending time with his family. For more than 10 years, Audrey taught music in public schools for students in first through sixth grades. She now serves as Garyâ€™s Schedule Coordinator.

After graduating, Gary became the Europe and Middle East Trade Specialist for the State of Indiana. In this capacity he traveled to more than 20 countries, working hand-in-hand with U.S. Embassies and top government officials in the area of export promotion.

In the mid 1980â€™s, Gary uncovered information regarding the printing of a new U.S. currency. After some investigation, he found that many countries around the world had already begun issuing new currencies similar in design. Gary discovered that this coordinated effort was merely a stepping stone toward establishing a single, global unit of exchangeâ€“which was to be part of a coming one-world government.

In 1987, Gary was invited to join the World Constitution and Parliament Association, one of the organizations involved at the forefront of promoting the world government agenda. During the next 4 years he obtained detailed documents which demonstrated that the push toward a one-world government was active and rapidly advancing. Some of these documents are reproduced in his books.

Governorâ€™s Commendation for outstanding service to the State of Indiana.

Meritorious Hoosier Award (from the Indiana Secretary of State)

Whoâ€™s Who in the Midwest.

â€“ Whoâ€™s Who of Emerging Leaders in America.

Founder and Executive Director, Hope for the World, Noblesville, Indiana.

Founder and President of Hope for the World International, Inc., Noblesville, Indiana.

You must login to be able to comment on videos
Reply